Posted on August 9, 2016 by captaincliff 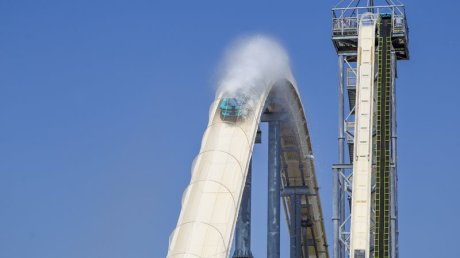 Horrible and crazy shit happens so often that we are basically habituated to it. We see it as “normal” or just the way the world is. Often it becomes the current “headline” news for the day whether it is a kid getting decapitated on a water slide in Kansas City, somebody getting hit by a bus in New Orleans, or a 4 year-old finding his parents gun in the family car and accidentally shooting himself to death. Sure we might know the basic “why” or “how” it happened but often fail to look at the bigger picture or explore the “details” in the back story to gain a more comprehensive understanding. Typically this would include how certain critical factors tend to combine in Final Destination-like fashion resulting in horrific incidents and human tragedies. For that reason alone it is important (and instructive) to analyze unfortunate events and historical disasters in detail, not for any prurient or voyeuristic purpose but to train ourselves to think through the pertinent “risk versus reward” variables that are ever present in our daily living and so called “pursuit of happiness”. People like to say that “accidents happen” as if to imply that they are unavoidable, but acting blindly or unaware towards the natural forces and inherent risks that exist (eg., like the choice to smoke cigarettes or drive to work in the rain on worn out tires, etc.) is not only irresponsible but potentially dangerous to self and others.

Example #1:  Let me make an educated guess here.  All of this is conjecture based on early news reports. Recently in Kansas City, a 10 year old boy at a popular amusement park died while riding on an “extreme” water slide. He was sitting in the front seat of a three person raft, probably to get the “full effect” of the highly publicized water-borne ride.  He was small and thin even for his young age (10 y.o.). Barely 100 lbs, if even.  The other two riders were women making the total rider weight or “ballast” close to or under the minimum combined rider raft weight of 400 lbs. (required to be between 400 to 550 lb). As a result of the steep descent angle, high velocity and marginal to insufficient “payload” weight the raft went airborne midway down the slide and in doing so tore open Caleb’s velcro restraint straps sending him and the raft hurtling upwards into the semi-rigid “safety” cage net. As a result of the upward motion and with the heavy raft below him and the cage above him his neck was broken. Basically, Caleb suffered a near or total decapitation injury that severed his spinal cord and probably killed him instantly. His body continued to float down the water slide directly behind the raft carrying the remaining two female passengers who were covered in blood as well as suffering their own facial injuries (probably as a result of being hit by Caleb’s flying body and/or any sudden and unanticipated contact made with the safety cage/net). In essence, the raft they were riding in was not only insufficiently weighted to remain stable but also was disproportionately “back heavy” (due to the two larger adults riding behind him) pitching the raft’s “nose” slightly upwards as it rode unattached on the cascading water (unlike on a roller coaster). This may have contributed to forming increased wind resistance on the underside of the front end of the raft especially when subjected to high speed (50-70 plus mph) and the steep descent angle sending the entire raft  airborne…just like in earlier safety test rides in which sand bags flew off the test raft in a sharp upward direction. In this case, the high strength velcro body straps after multiple previous uses also tend to lose a certain degree of contact adhesion and the “pull apart” tension strength required to make them release/give way (especially under rapid acceleration or high G force) is less than optimal. For that reason traditional buckle devices and seatbelt apparatus are used on high speed roller coasters.  A previous rider on the water slide even mentioned that his velcro seatbelt straps had given way by the end of the ride earlier in the day. Bottomline: Yes it was a horrible accident….but it will turn out to be explainable and avoidable.

Update: November 23, 2016 :   KANSAS CITY, Mo. (AP) — A 168-foot-tall Kansas waterslide on which a state lawmaker’s 10-year-old son was killed last summer will be demolished once the unfolding investigation of the tragedy is finished, the water park’s operators said Tuesday.

2 Responses to How Bad Shit Happens