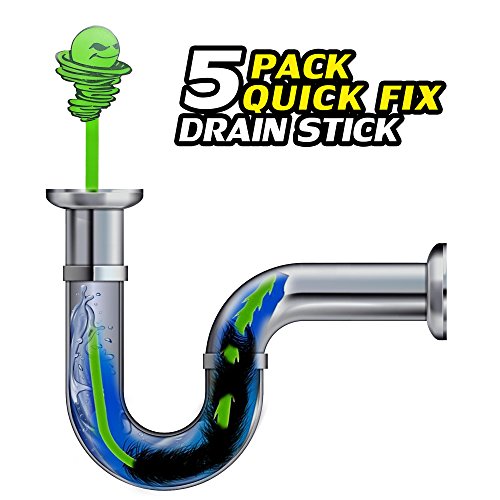 Today I did something I’m a bit ashamed to admit. So, instead of quietly pondering my transgression I’ll just tell everyone in the entire universe on social media and on my impenetrable (to human understanding) WordPress blog. For some reason, out of sheer boredom, morbid curiosity or possibly because it only cost one dollar I purchased a plastic plumbing “drain snake” at the Family Dollar store. These are the odd serpentine shaped thingies that people use to get accumulated hair and random gunk out of sinks, shower drains and other inaccessible or unmentionable places. I think my doctor may have used something very similar to it during my colonoscopy exam last month. It certainly felt that way the next day….

Let me explain to you something about dollar stores.These are places I frequent quite often regardless of whether I actually need anything. In fact it’s best to go there when one is feeling naively content and self-sufficient. That way it’s more startling to discover that you’ve been living your entire life without fundamental equipment and essential products like green styrofoam cubes for holding fake flowers, reading glasses that cause vertigo, blindness and hemiplegic migraines and Australian licorice that doubles as a highly effective bowel cleaner in the form of subsequent explosive diarrhea. As if great white sharks, crocodiles and venomous snakes aren’t hazardous enough they also have licorice which can kill you down under. Actually the dollar store also has branded bowel cleanser tablets that double as a source of non-digestible fiber and a plethora of quasi pharmaceutical products that would cost a fortune anywhere else. I enjoy using the word plethora, dont you?

.
So how is this even possible? What i mean is how can a humble dollar store in Atlanta Georgia or in Bumfuck North Carolina or probably even in Idaho (I dont know any actual cities there) sell Ibuprofen, anti- vaginal itch topical cream, iPhone headphones, battery powered chainsaws (ok, that’s a lie) and 5 gallon jugs of lavender scented laundry detergent all for a dollar?? Is it mercantile magic, Freakonomics sleight of hand, or some undiscovered quantum universe/time warp that causes every item in the dollar store to regress to the price of everything including automobiles in 1910 (or possibly earlier)?   I really have no idea. I just know I’m not coming out of there without a whole lot of stuff I dont want, use or really need. Super glue and those watch battery run fake candles are two examples of things I apparently cant survive very long without.
.
Here’s the thing. I’m convinced I start my dollar store shopping trips in a conservative manner and with an appropriate even hesitant shopper mentality. Once inside the front door I purposely pick up the conveniently located plastic carry basket with sturdy handles much like the one Dorothy carried in the Wizard of Oz. At that point I’m carefully scanning the store perimeter and thinking to myself, “who the hell needs a big rolling grocery cart in here?” Sadly, ten short minutes later I’m practically skipping down the store aisles like the Scarecrow without a functioning brain or the Tin Man high on trailer park meth and probably lacking executive decision making skills due to ingesting too many poppy flowers. I say this because as an experienced Clinical Psychologist I know it’s not normal for me to be scooping up bundles of unnecessary $1 items off corrugated metal shelves and transferring them by forklift into a rented flatbed truck from Lowes. Apparently, the non-psychologist in me is saying to my over-stimulated brain, “Hey for a dollar how can I go wrong even if I don’t currently need a pregnancy test or multiple sets of ovulation indicator strips?” Nevermind that I had a vasectomy a zillion years ago and lack ovaries of any kind. Speaking of narcotics, in another dollar store  I recently witnessed grown men in wife beater T-shirts fighting over bottles of “nighttime” cold medicine and flu syrup,  allergy pills and “energy” tablets with not so subtle names like Dezadrine. Kinda makes me wonder if “purple drank” the popular ghetto cocktail and rapper beverage du jour that contains alcohol, cough syrup, grape soda and possibly drano was invented in a dollar store by unusually imaginative drug addicts and/or aspiring musicians.
.
It’s kind of ironic because I remember as a kid watching a certain TV game show called “Supermarket Sweep”. It was a remarkably stupid but seductive television program in which grocery store shoppers competed with one another by attempting to get the most “valuable” store items into their oversized grocery carts in a limited amount of time. The clever contestants sprinted for the most expensive products like porterhouse steaks and massive frozen butterball turkeys while displaying abject disdain towards common but necessary store goods like paper towels or toilet paper. Free enterprise capitalism was fully on display in Supermarket Sweep circa 1967. But that was then and this is now. In the family dollar store circa 2018, much like Millennial minded socialism and theoretical communism the consumer playing field and shopping arena is perfectly level and does not vary one iota. Unlike the darkly brilliant Three Dog Night song from 1969 entitled “One”, one is NOT the loneliest number that you’ll ever see or do. In fact, $1 is the ONLY number that you see and you can get a whole lot of funky shit for $11.11…and a virtual truckload for $111.11.
.
Anyway look what i just did. I digressed from sharing my drain snake story… as usual. Maybe you dont really want to know anyways. Let’s just say I found things in my bathroom drains and lavatory sink that no man, woman or child wants to see or ever remember. I’m surprised all licensed plumbers dont have PTSD.  In an attempt to clear my tortured mind and unintended X-ray vision (just like Ray Milland in the old sci-fi movie “The Man with the X-ray Eyes”) I seek relief by writing this overwrought confessional. Now I really know what he meant at the end of the campy film when he said, “I’ve come to tell you what I see.There are great and horrible darknesses farther than time itself”. Of course all he got back from the circus tent revival audience was an evangelical mob chanting, “If thine eyes offend thee…pluck them out!”  Maybe I’ll just split the difference and make another quick trip to the Family Dollar store for several three gallon bottles of bleach and some of that Aussie licorice.  Hell, I’ve been a bit clogged up lately myself and it’s all just $1. How could I go wrong?