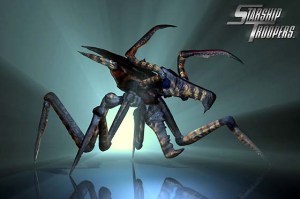 I’ve been thinking a lot about bacteria lately. Bacteria and viruses really bug me. For some reason these pesky pathogens just wont leave human beings alone and are always getting us sick. The War on Drugs and the War in Afghanistan are miniscule conflicts compared to the Lysol Wars which have raged on for centuries. Sure we can kill 99.9% of the sneaky little bastards but apparently, somewhat like the Taliban and the relentless waves of Chinese foot soldiers during the Korean War, they keep coming back for more.  Think about it. In the classic Sci-fi book by Jules Verne (that nobody reads today) and the crappy remake of the movie War of the World, what was it that finally wiped out the marauding space aliens? Hint: it wasn’t Tom Cruise. Our nuclear weapons arsenal and bloated military industrial complex? Nope. The Commander in Chief? Nein. Dick Cheney? Negatory.  It was the nasty viruses and yucky microscopic bacteria that hitched a ride on one of the Martians spaceships and turned them all into stinky orange goop. I’m not talking about the innocuous Nickelodeon kind of brightly colored goo, but what your internal organs look like after a soaking for a week in a bath tub full of Coca Cola and/or sulphuric acid. You think those noro-viruses on your last cruise to Mexico were bad? How about if the Carnival Triumph came back to port next time in Miami not just listing badly due to its bimonthly engine room fire and full of dehydrated diarrhea-ravaged vacationers but a literal ghost ship of dead and dying Poseidon people with plastic champagne glasses and color-coded wristbands? It could happen. Of course their surviving next of kin would still be offered 20% off a future cruise….

I’m not even going to go into the whole antibiotic resistance thing which apparently is so bad at this point that they are handing out loaded guns in Medical school according to my youngest son Benjamin who goes to MSG (Note: It’s actually MCG, now officially GRU, Georgia Regents University in Augusta but I am guessing they will change the name again by the time this article is published and it will be renamed after the food additive and owned by Monsanto or Dow Chemical) . Along with a cheap diploma and $400,000 in student loan debt, med students are being told two critical last minute instructions: 1) If your patient dies and starts to get up or have “zombie eyes” finish them off and make sure its a “double tap” and 2) If they ALL start to get up, save the last chamber for yourself. You dont want what they have. Bottomline: Whatever little bugs infect the brains of the Undead are some mean microbial bastards and much like fire ants, the Viet Cong, and the alien bugs in Starship Troopers they all work together to achieve their ultimate goal of world domination. In other words, Hitler and Pol Pot were insignificant little pisshers compared to Ebola, MERSA and rapid spreading flesh-eating bacteria.
.
I would tell you to view Dr. Oz and his terrifying apocryphal interview on Oprah about the “triangle of death” but I wont. He essentially says if you pull out a nose hair (I do) or squeeze a zit anywhere near your nose, forehead, or eyes( I do) well, you’re dead. This is apparently EXACTLY what most bacteria have been waiting for… to be set free from their encapsulated Lex Luther lairs to rock climb through your nasal passages right into your brain. Mess with that juicy whitehead right between your eyes and you might as well put your legal affairs in order and buy that Neptune Society Cremation Package deal on Groupon like I just did. While you’re at it make sure to select the Viking Style Funeral Pyre ceremony and ask that it be “magma hot” because that’s what it will take to kill all the one cell organisms feasting on your cerebellum like rabid wild jackals.
.
Look, I realize this is all too much reality for many of you. Most people prefer to live in deep denial. Freud said as much. Like the Brits, the vast majority of English speakers consider themselves “Masters of the Universe” and “proper” citizens while at the same time failing to ever see a competent dental hygienist. Yep, you got it. It was Pyorrhea, H. Pylori bacteria and astonishingly bad breath that took down the proud British Empire and not rampant colonialism or Princess Diana.
.
With summer approaching I want to give you one last warning which I’m quite sure will fall on deaf ears. It’s about water. Dont drink it. None of it is fit. Sure we need it to live, but do you really want to survive only to turn into the kind of zombie man-beast in “I Am Legend”? Even Will Smith couldn’t defeat them and he’s pretty damn tough. Worse yet, on top of pathogens that are naturally found in water, humans also introduce their own share of germs when they slip into a swimming pool or hot tub. “The average bather has about a tenth of a gram of feces in his gluteal fold, which is a nice way of saying butt crack.” Dr. Gerba of the CDC goes on to say, “That means with five people you have a tablespoon of poop in the hot tub.” That is correct. A super high official at the CDC and a world renowned specialist in Infectious Diseases actually says “butt crack” and “tablespoon of poop”.
Another big concern is people urinating in hot tubs. One poll found that one in five Americans copped to peeing in a swimming pool. Dont everybody raise their hands. Anyway, what I did not know was that, “when urine and other waste, such as sweat mixes with chlorine, it creates an irritant called Chloramine, which is what causes red stinging eyes when swimming and can also irritate your respiratory tract. It’s really important to not use the hot tub as a restroom. Chloramines are also what causes that chlorine smell, which is a red flag for contamination.” Note to CDC: Thanks for not posting this data outside the subdivision pool house.

.
And all this time I thought that smell WAS the damn chlorine…..That’s it. I’m done. I’m going to go surgically scrub out my gluteal fold if I can find it, and use my new Shark Steam cleaner to eradicate and irradiate whatever else is already infecting my skin. If I could fit myself into my microwave I would. I feel so dirty….eww.
http://www.oprah.com/oprahshow/Dr-Ozs-Triangle-of-Death-Video_1
http://www.youtube.com/watch?v=KBKIYj4IEYM
http://www.cracked.com/photoplasty_925_26-microscopic-horrors-in-around-your-house-right-now/?utm_source=facebook&utm_medium=fanpage&utm_campaign=new+article&wa_ibsrc=fanpage