How ISIS and Ebola are changing the kind of questions that Americans are asking…..

Posted on October 9, 2014 by captaincliff 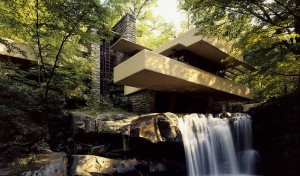 Is it true that ISIS and the growing Ebola health crisis are actually changing our routine social discourse with one another? Could our culture be significantly affected in a way that eclipses even 9/11 or Pearl Harbor? I wonder if this one random example from an online forum might help illustrate how fear and uncertainty certainly do influence and impact the kind of choices we make and the places we choose to travel.

Dear OnlineArchitect, I was wondering whether the upper cantilevered deck at Fallingwater could handle the additional weight of a 50 caliber gun mount taking into account additional load factors such as ammunition, gun crew (average weight 170 lbs), and vertical as well as horizontal recoil? I’m also thinking of using two 10 ft long 8″ by 8″ horizontal i-beams sitting on four additional RC columns resting on pad footings. I’ve heard that Frank Lloyd Wright sort of fudged the structural engineering data just to keep the aesthetics in keeping with his architectural vision but the sight of projectile vomiting Ebola zombies and ISIS brigades wading Bear Run creek in my direction makes me think I’m wiser to risk some major cracks in the hydraulic cement by dynamiting the reservoir upstream, jack hammering rifle and RPG ports straight through the stucco walls and blowing them all to Hell. Looking forward to your reply.   Thanks, Pennsylvania Guy

Dear Pennsylvania Guy,  It’s difficult to answer this question without knowing the material density of the reinforced concrete that Mr. Wright used. Some say it is 24kn/m3 but others argue it is only 23.56kn/m3. Either way you are a dead man if the virus goes airborne and/or if ISIS’s sleeper cells in Pittsburgh go active. Blowing up a historical monument designed by a real American hero like Frank Lloyd Wright would be high on their priority list and it wouldn’t take much to breach the waterfall at Bear Run as well as the west Terrace at Fallingwater which is heavily exposed not just to the elements, ie. mold and mildew, but to virus-infected American citizens and crazed Jihadists with tanks and serrated carving knives. I suggest you consult a licensed structural engineer and wire the entire building with C4 plastic explosive just in case. At least take a bunch of the crazy bastards with you!
Best of Luck, OnlineArchitect

2 Responses to How ISIS and Ebola are changing the kind of questions that Americans are asking…..